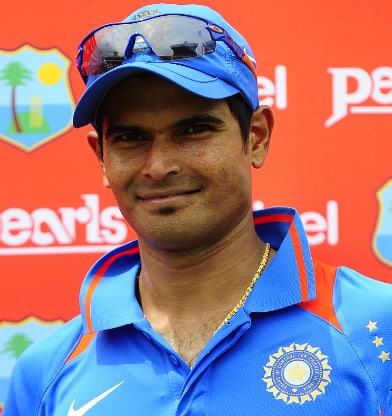 Subramaniam Badrinath averages over 50 at First-Class level, but only got 2 Tests. He did not do too poorly. He was roped in for the Nagpur Test when both Rahul Dravid and VVS Laxman missed out. As a rampant Dale Steyn took 7 for 51 to knock over India for 233, Virender Sehwag and debutant Badrinath (56) were the only ones to go past 12. He scored a mere 6 in the second innings, but was retained for the next Test at Kolkata.
In an innings where India piled up 643 for 6 and four Indians scored hundreds, Badrinath fell for 1. He could hardly be blamed, for Steyn unleashed his famous off-cutter early in Badrinath’s innings. He never got another chance. He was recalled when both Dravid and Laxman retired, but Virat Kohli and Cheteshwar Pujara won the race.
He was also picked for 7 ODIs and a T20I. In the T20I at Port-of-Spain he top-scored from either side with a 37-ball 43; he was named Man of the Match but never played again.
There was no stopping him in domestic cricket, however, where his concentration and stamina have been key to ability to bat for long hours. He has scored over 10,000 First-Class runs, currently stands at sixth spot in the all-time list of Ranji Trophy run-getters. In his best season, 2010-11, he amassed 1,226 runs at 111.
His finest performance came against Mumbai at their den in 2009-10, where he batted for over 11 hours for his 250.
He moved from Tamil Nadu after 2013-14 to lead Vidarbha. He later played for Hyderabad as well. He remains an excellent fielder.
He is also a decent hitter. In limited-overs cricket he relies on his trademark shot of moving the left foot out of the way and clobbering the bowler straight into the horizon. He played for Chennai Super Kings from 2008 to 2013, finishing with strike rates of over a hundred every time. In fact, in 2008 the number had gone up to 148. He went unsold in 2014, but Royal Challengers Bangalore picked him up in 2015 — but he did not get a match for them.
Abhishek Mukherjee