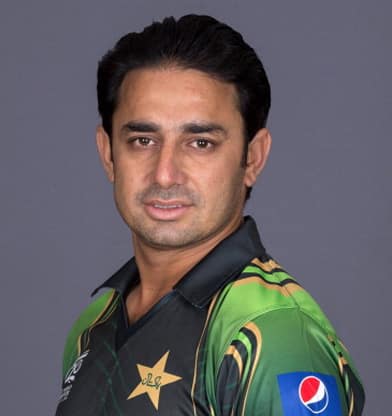 Saeed Ajmal is a collection of classy and curious contradictions.

He is full of guile, as devious as any of the old masters in giving the ball a tweak. Yet, much of his bowling remains flat and quick, he gets much of his success with subtle variations of pace. And in spite of that, he can often beat the batsman in the air. He is an off-spinner who captures more than half his wickets with the ball that holds its line, or that curious controversial variety called doosra which breaks the other way — but can also turn one back sharply past a flowing drive to peg back the leg-stump. And few off-spinners have threatened the opposition with claims of a mystery ball.

He did not make his Test debut till he was 32, but quickly became the third bowler to take a hundred Test wickets playing his first Test on the wrong side of thirty. Despite the late entry he continued to play all formats, including the instant variety, and went on to be a hero of Pakistan’s World Twenty20 triumph in 2010.

His numbers are incredible across formats. In this short career, he has been charged with illegitimate action and has been subsequently cleared. The allegations and the condemning newspaper reports have neither affected the movement of his bowling arm nor its penchant for taking wickets. He has already been hailed as one of the greatest off-spinners ever.

Finally, he is the only accomplished great cricketer who has never played a Test match on home soil — a severe handicap for a spinner from the sub-continent which has not bothered him at all. He takes his wickets at a remarkable rate, costing very few runs per scalp, in spite of never having had a track specifically made for his bowling. Even the greats of the field — Jim Laker, Lance Gibbs and Muttiah Muralitharan — do not boast as good an away average. He has picked up 10-wicket hauls in lands as diverse as Guyana, Cape Town, Dubai and Harare, and has baffled the greatest in world cricket.

Age has never been on his side, but he has always been in a hurry to make up for the lost time. He may yet spin his way past new frontiers. Yet, sadly, the closest may remain unconquered — his great career may come to an end without a Test at home in front of Pakistani fans.