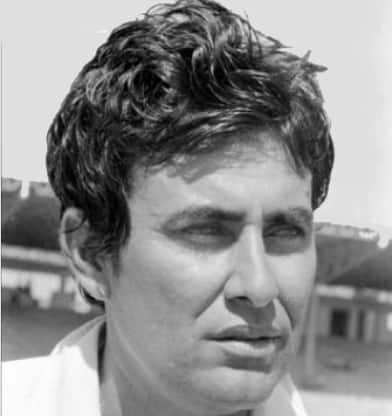 Salim Durani was another of the handful of Indian cricketing icons of the 1960s who promised to be better than what his end numbers demonstrated; and yet another whose legend is linked as much to his cricket as to the dashing debonair image and smouldering good looks.
Yes, Durani was handsome enough to play the hero in a Bollywood movie. He did so, pairing with Parveen Babi in BR Ishara’s Charitra.
Durani had the ability to turn the match with bat or ball, and occasionally did so. He captured 8 wickets at Calcutta and 10 at Madras to help India defeat England in 1961-62. He took 6 for 73 to dismiss Bobby Simpson’s Australians for 174 in 1964-65. Years later, he dismissed Clive Lloyd and Garry Sobers at Port-of-Spain to propel India to their historic maiden win in West Indies.
However, in between there were days of mediocrity, which saw him ending with 75 wickets at 35.42 apiece.
As a batsman he was a dasher who could apparently hit sixes at will. He was indeed a big hitter — and could also be a fighter if his solitary Test hundred, against West Indies at Trinidad, is anything to go by. However, his final figures of 1,202 runs at 25.04 were disappointing when measured against his talent.
In First-Class cricket his numbers (8,545 runs at 33, 484 wickets at 26) were reasonably better. He was a mainstay for Rajasthan in the 1960s, the decade when they played the perennial bridesmaid to Bombay in Ranji Trophy.
As a left-arm spinning all-rounder, Bapu Nadkarni, whose career overlapped Durani’s for quite a while, ended with marginally better figures with the bat and far better ones with the ball. This is more relevant because Durani always promised to be a top-order batsman, something Nadkarni had no pretension to.
One also wonders if the legend of his ‘hitting sixes on demand’ is not a bit far-fetched. He hit 15 sixes in 29 Tests, and 7 of them came in the final 3 appearances. Perhaps the final three Tests, played at the big centres of Calcutta, Bombay and Madras, left a lasting impression and blessed this story with immortality.
Nevertheless, the ‘No Durani No Test’ protests at Kanpur in 1973 underlined the immense popularity of the man.
Arunabha Sengupta