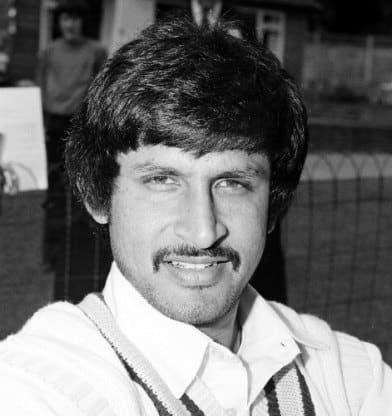 Sandeep Patil brought with him oozing star appeal ahead of his time. There were more dedicated exponents of batting in the team. Yet, crowds — especially the fairer sex — flocked to watch the handsome, often erratic, and superbly talented batsman from Bombay, with a penchant for attractive stroke-play and frequent big hits.

He was an instant success on his first tour in 1980-81. At Sydney, a Rodney Hogg bouncer hit him on the throat, but he continued to bat attractively. At 65, before another short ball from Len Pascoe struck him above the ear forcing him to retire hurt. He returned in the second Test at Adelaide to produce a scintillating exhibition of counter-attack to hit 174 against all odds. It propelled him to instant fame and he started appearing on soft drink and other commercials of the day — thus far the domain of only Sunil Gavaskar. However, in the next 14 innings, he crossed fifty only twice — giving an indication of the inconsistency that would dog him right through his career.

Dropped from the side, he made a comeback at Old Trafford in 1982, launching into one of the most brutal assaults. Adding 96 with Kapil Dev in an hour, he raced to 129 not out, in the process taking 4, 4, 4 (no ball), 0, 4, 4, 4 off a Bob Willis over. But after another century in India’s first ever Test against Sri Lanka, Patil suffered another spate of low scores.

He was back as a hero during the Prudential World Cup of 1983 — especially remembered for his blistering half-century in the semi-final against England.

Yet, his form deserted him again during the home series against Pakistan and West Indies that followed.

It dented neither his confidence nor his popularity. Soon, he published his autobiography Sandy Storm while still very much an active cricketer. The next year, he belted 127 on a featherbed at Faisalabad, his fourth and last Test century.

The home Test against England at Delhi proved to be the last straw on Patil’s erratic career. Needing to bat out the final day, Patil at the crease with 41 along with the solid Ravi Shastri when he tried to launch Phil Edmonds out of the ground and was caught at long-on. Kapil was out to a similar skier off Pat Pocock and India collapsed to defeat. In the resulting disciplinary action, both Patil and Kapil were dropped from the side for the next match at Calcutta.

While Kapil was back for the fourth Test, Patil never played Test cricket again. His place in the side was usurped by a lanky, wristy youth named Mohammad Azharuddin.

Yet, the next year saw Patil rising to a new level of stardom by starring in a Bollywood movie.

Patil did tour England in 1986, but played only a couple of ODIs. Later that year, Patil announced his retirement from First-class cricket.

He did make a comeback to First-Class cricket, captaining Madhya Pradesh for five years with reasonable success, sporting a rather substantial white tinged beard.

He later became a coach and Chairman of Selectors.