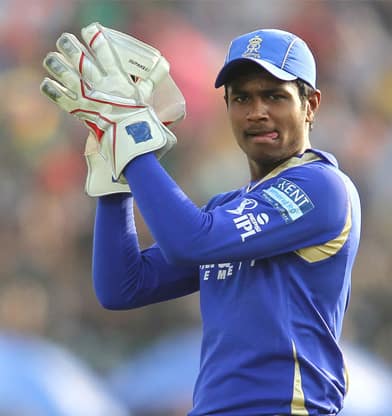 Sanju Samson had burst onto the scene during the Indian Premier League (IPL) 2013 when he played some aggressive knocks for the Rajasthan Royals. His fearlessness and audacity in strokeplay caught the eye as the teenager took on some of the best bowlers in world cricket. For that effort, Samson was awarded the Rising Star of the Tournament and was earmarked for success.

Coming from Kerala, a state that has produced a handful of international cricketers, Samson is perhaps the biggest beacon. He made his First-Class debut in 2011, a week short of his 17th birthday, and was in the reckoning for the ICC Under-19 World Cup 2012 but missed out on selection. However, once he dazzled for Rajasthan, Samson couldn’t be ignored and was a regular feature in the Under-19 side leading up to the 2014 World Cup.

Samson was one of the five players retained by Rajasthan ahead of the 2014 season. Along with his destructive batting, he is capable behind the stumps. In 2014, he received his maiden call-up for the Indian team during the tour to England, becoming the third Kerala cricketer to be picked for the country.