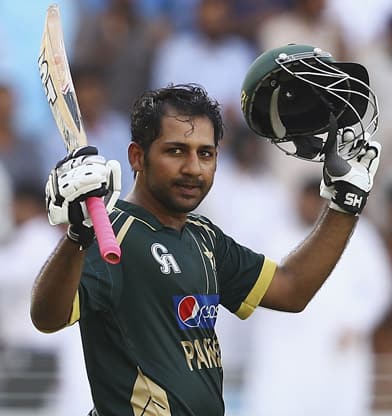 Sarfraz Ahmed has been on the periphery of the Pakistan squad for some time. Kamran Akmal had established himself in the mid-2000s, but once his struggle became a consistent feature, Pakistan have tried numerous glovemen, of which Sarfraz has been one.

Sarfraz first came into prominence when he led the side to victory at the Under-19 World Cup in 2006, where they beat arch-rivals India. A year later, he made his ODI debut at Jaipur against India. Since then, he has been in and out of the side with Pakistan also trying out Zulqarnain Haider, Adnan Akmal and Umar Akmal among others. However, in 2010, he was called up for the third Test at Hoboart against Australia after a horror show by Kamran Akmal at Sydney.

Pakistan continue to search for a wicketkeeper who can bat. While Sarfraz has a decent record with the bat in domestic cricket, he is yet to prove his credentials at the highest level. He still competes with the Akmal brothers for the gloves across formats.