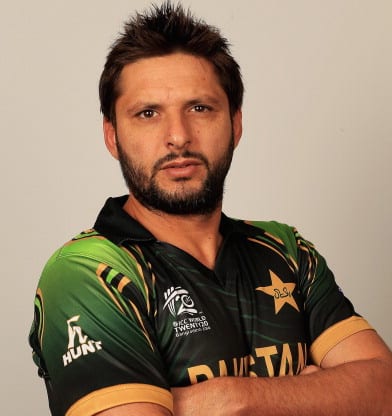 Shahid Afridi’s career remains one of unadulterated joy. Purists would probably scoff at his approach towards batting, but when his unconventional battering came along, the big hits have been executed with almost ridiculous ease. Afridi holds the record for most sixes across formats by the proverbial mile.

The feature that stands out even more than that statistic is his approach towards batting: never one to bother for the quality of the bowling or the condition of the pitch, Afridi’s trademark stroke was the one that went straight in the air — with his right leg up in the air, bent from the knee. Trust him to hit a 12 in an exhibition match.

There may be arguments that Afridi was a better bowler than batsman, and his rise through the ranks among the top wicket-takers only bears testimony to the fact. His flat leg-breaks are deceptively effective, and the faster one he sends down every now and then is often too deceptive to pick, even for the wicket-keeper. Once he hit the timber he breaks into that trademark celebration his — legs apart, hands stretched, like a giant human X.

Despite the lack of faith the selectors have shown in him, Afridi has decent Test records with the potential to change a match with either batting or bowling. Had he been handled better, his Test caps would certainly have gone past 27 across his multiple retirements and comebacks.

However, it is his batting that sets him apart from the rest: he had held the record for the fastest One-Day International century for over a decade-and-a-half, and had bludgeoned his way to several fifties below the 20-ball mark. He also became the first cricketer to reach the 1,000 run-50 wicket double in T20 Internationals — the format he would surely have ruled had he been a decade younger.