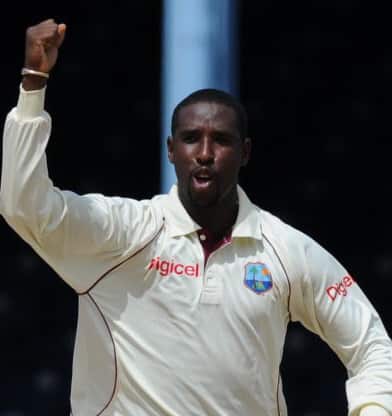 After years West Indies found a stable spin-bowling option for the longer format in Shane Shillingford. The Dominican Shillingford bowled the conventional ones that turned and had a lethal doosra. However, questions over his action resulted in him being stopped from bowling the trump delivery. Yet, he remains important to West Indies’ Test plans.

Early in his career Shillingford showed immense potential, and was touted to etch his name in West Indies’ once-rich heritage of spinners that had consisted of Lance Gibbs, Sonny Ramadhin and Alf Valentine.

His first ten-wicket match haul in Test cricket had come against Australia at his home venue. He also surpassed the likes of Sunil Narine and Sulieman Benn to become West Indies’ first choice spinner. In 2014, batting at No 11 against New Zealand, he smashed a fifty off 25 balls, which is the second fastest in Test history.

The ride hasn’t been easy for Shillingford as he has been called twice in his career for throwing. He now has to maintain his own through these storms and carve a successful career for the West Indies.