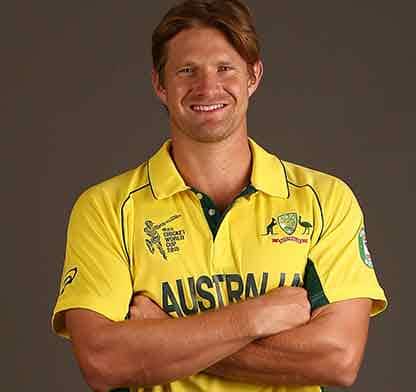 When Australia began their rebuilding phase after being thrown out of the ICC World Cup 2011, Shane Watson raised hopes of an aggressive approach when he smashed a record 15 sixes in an ODI innings against Bangladesh.

Even though Watson remains an integral part of Australian sides, he hasn’t made a long-lasting impact yet. Watson has been Australia's opener in Tests, ODIs as well as in T20Is. He is a handy bowler too — Watson often chips in with big wickets — but there is no consistency there either.  He was Australia’s vice-captain, a post that he relinquished after returning home abruptly after being banned by the team management in the-infamous ‘Homework gate scandal’ in India in 2013.

The burly Australian all-rounder has had a career full of injuries, but he remains a resilient player who has remained one of Australia’s main hopes ever since the greats retired. Watson made his Test debut in 2005, but became a regular member only in 2008; this despite having played his first ODI in 2002.

Watson has been Australia’s first preference at No. 3 ever since Ricky Ponting retired, but a middling average and a dire lack of big scores could prevent him from going down as an Australian great.