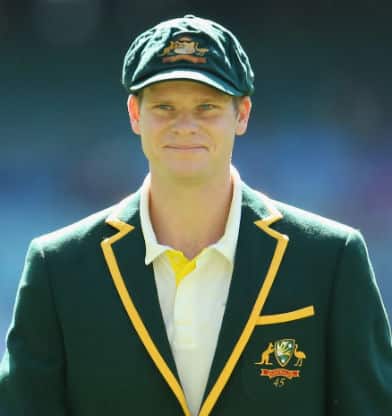 Five years after his arrival on the international circuit as a specialist leg-spinner, Steven Smith graduated into one of the best contemporary batsmen across formats and one of the most intense fielders in the Australian team. Most importantly, Smith arose as the best choice for captaincy when Michael Clarke’s dodgy back kept him away for most of the home summer in 2014-15.

Smith grabbed the opportunity like no other could; he hammered 4 centuries in a four-Test series against India, filling in for Clarke in most of the games. There were no surprises when a few months later, Smith was chosen as Australia’s 45th Test captain.

Smith was Australia’s highest run-getter in the 2015 World Cup. Having shown his mettle earlier that season as a leader, Smith was awarded Australia’s ODI captaincy after their fifth triumph in the global tournament.

Smith’s reincarnation as a batsman took place in 2013, when the infamous Homeworkgate episode in India kept several Australian cricketers away from the national side during the third Test of 2013 tour. His 92 at Mohali was more than a statement: it marked the beginning of Smith’s journey as a formidable batsman.

Fidgety early on at the crease but a monster as his innings progresses, Smith has shown abilities to get runs on all kinds of pitches and in most adverse conditions. He chose Lord’s to make his maiden double-century after missing out on one in The Caribbean a few weeks ago. His 215 was the first double-century by an Australian in 77 years at the ‘Home of Cricket’ and first in England since 1993. In Ashes 2015 in England, he scored more than 500 runs.

Smith endured a tough 2016 when his team lost 5 Tests on the trot, but in one of their most abasing defeats, at Hobart, he showed tremendous resolve as a batsman. Under overcast conditions, South African seamers belittled Australian batsmen with seam and swing movement. But Smith stood tall, and in Australia’s mortifying first-innings total of 85, he contributed with 48 not out. However, he had a fruitful run in ODIs the same year, scoring more than 1,100 runs.

Smith not only fulfills the role of an Australian captain with astuteness, but his consistency is unmatched by his peers. He is the only current batsman to have scored more than 1,000 runs in three or more calendar years in Test cricket after Alastair Cook and Hashim Amla.