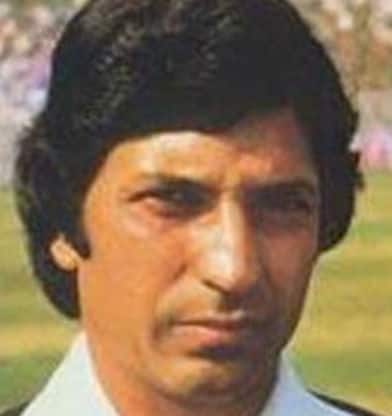 Indian cricket knew of Surinder Amarnath long before he made his Test debut in 1975-76. He was the son of Lala Amarnath; he hit 2 sixes in the last 2 balls of a match to pull off a spectacular win for India Schools against MCC Schools at Lord’s; his younger brother Mohinder had made his Test debut 7 years before him; and his handsome features, on-field swagger, and dazzling strokeplay had already made him famous.

But Surinder sizzled on arrival, smashing 124 at Auckland and outscoring Sunil Gavaskar in a 204-run stand. Lala and Surinder became the first father-and-son pair to score hundreds on Test debut. Unfortunately, just like Lala, Surinder did not score another hundred, finishing with 550 runs from 10 Tests at 31.

There were several innings of note. He scored 63, 14, 40, and 63 in consecutive innings against England at home in 1976-77. He also did not do too poorly in his last series, when India were humiliated in Pakistan, but never played again. He also played 3 ODIs on that tour, scoring 100 runs including 62 in the disputed match at Sahiwal.

In domestic cricket, Surinder scored 8,175 runs at 40, having made his First-Class debut 3 years before that schoolboys’ tour. These are not phenomenal numbers, but he was the backbone of the Delhi side that rose into prominence in the late 1970s.

Before all that, he kept delivering in domestic cricket throughout the 1970s, peaking in 1971-72 and 1972-73, with 938 runs at 55 with 2 double-hundreds. Exactly why he did not find a place in the Test side during this period remains a mystery. He proved his point with 118 in an unofficial Test against Sri Lanka.

He kept scoring heavily in domestic season even after his international career was over, and played a crucial role in Delhi reaching 4 Ranji finals in a row, winning 3 of them. In fact, Surinder was there when Delhi reached their first Ranji final, in 1976-77; starting that season Delhi reached the final 12 times in 16 attempts, lifting the title 6 times. Along with Madan Lal, Surinder Khanna, and brother Mohinder, Surinder Amarnath carried Bishan Singh Bedi’s legacy, handing it over to the next generation.