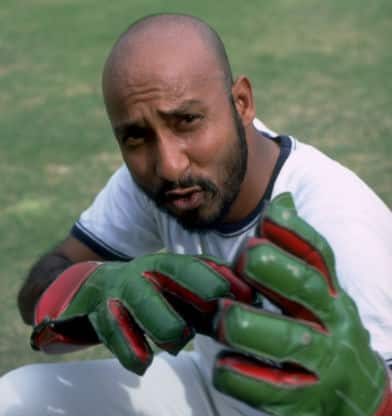 There are many who consider Syed Kirmani the finest wicketkeeper to have played for India. Taking over the big gloves from the ebullient Farokh Engineer, Kirmani eased into the role behind the stumps against India’s famed spin attack of the 1970s. When Kapil Dev and his mates came along, it took him time, but he proved he was up to the task.

Kirmani first got a call-up as the third wicketkeeper on India’s 1971 tour of England, when Engineer was busy with Lancashire duty. When he finally earned a Test cap five years later, his career got off to a poor start on the twin tours of New Zealand and West Indies in 1975-76.

There was another low in 1979, when both Bharath Reddy and Surinder Khanna were chosen ahead of him for the England tour (some cite his willingness to join Kerry Packer’s World Series as a reason).

But Kirmani took these in his stride. After all, he had been used to worse, practising with bricks for gloves in street cricket. He worked on his fitness and honed his wicketkeeping skills; with time he grew in stature, his glovework defter than before, his concentration never waning, his smiling presence behind the stumps and excellent sense of humour always lifting the moods of his teammates.

Kirmani had 160 catches and 38 stumpings to his name in Test cricket, along with 2,759 runs at 27. The batting average was impressive for a wicketkeeper in a pre-Adam Gilchrist era.

He also played 49 ODIs, scoring 373 runs at 21 and effecting 36 dismissals. With 12 catches and 2 stumpings he was named wicketkeeper of the tournament by Godfrey Evans in India’s successful 1983 campaign. He held 5 catches in a match against Zimbabwe, scored a crucial 24 not out to help Kapil Dev add 126 for the unbroken ninth wicket, and an outrageous catch in front of first slip in the final to dismiss Faoud Bacchus.

There were also some gutsy innings, both as night-watchman and down the order. The most famous of this came against England at Bombay in 1984-85, when he came out at 218 for 6 and scored 102, adding 235 with Ravi Shastri.

In domestic cricket he remains a legend, with 9,620 runs at 30 as well as 367 catches and 112 stumpings. Along with EAS Prasanna, Bhagwat Chandrasekhar, Gundappa Viswanath, and Brijesh Patel, Kirmani played a major role in establishing Karnataka as a domestic powerhouse in the 1970s.

His career spanned over a quarter of a century, making his debut before Viswanath and threatening to make comebacks even in 1993-94, when both Javagal Srinath and Anil Kumble had established themselves in the Indian Test side.

He was awarded with the Arjuna in 1980-81, the Padma Shri in 1982, and the CK Nayudu Lifetime Achievement Award in 2014-15. An enthusiastic actor, he played a goon in the Sandeep Patil-starrer Kabhi Ajnabi The.

His son Sadiq has played List A cricket for Karnataka, while his daughter Fatima married Abid Ali’s son Faqeer.