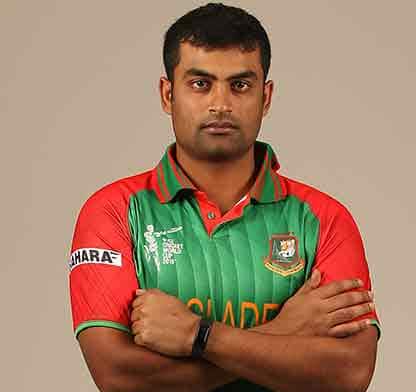 Tamim Iqbal is sui generis among less-gifted colleagues, representing Bangladesh who have evolved at a painstakingly slow pace. He did not exactly set the stage ablaze on his international debut for Bangladesh in an ODI against Zimbabwe at Harare in 2007. A year later, his Test debut was in stark contrast.  He amassed a total of 137 in the Test, narrowly missing a second-innings hundred against New Zealand at the picturesque University Oval in Dunedin.

Tamim is the quintessential post-modern opener with a penchant for adventurous stroke play. In the mould of the likes of Virender Sehwag and Mathew Hayden, Tamim has played the role of the enforcer at the top of the order for Bangladesh. Considering his style of play he has only achieved moderate success in the shorter formats of the game. Much like Sehwag, his game has weirdly suited the five-day format. The attacking fields in Test cricket work to his advantage.

His first Test century against the West Indies at Kingstown, helped Bangladesh register their maiden overseas Test victory. Tamim conquered myriad records very early into his Test career. In terms of innings, he was the fastest Bangladeshi to notch 1,000 Test runs and the third-youngest international cricketer to achieve the feat. His crowning glory came in 2010 when he got his name inscribed on the Lord’s honours board with a hundred in the second innings. He followed that up with another ton in the second Test at Old Trafford concluding what had been a tremendous tour for the left-hander. A corollary of a highly successful tour of England was being named one of the Wisden Cricketers of the Year in the Wisden Cricket’s almanac and a stint with Nottinghamshire.

Tamim also had a brief tenure as Bangladesh’s vice-captain, but was sacked following a disastrous tour of Zimbabwe in 2011.