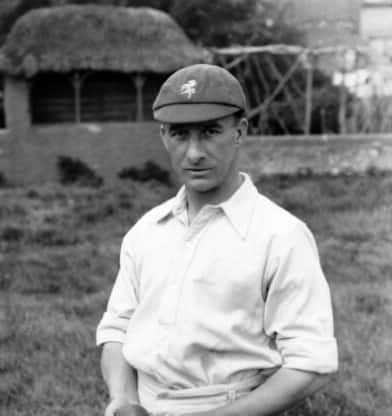 It will not be an exaggeration to call ‘Tich’ Freeman the greatest bowler in the history of the County Championship.
He took 200 in eight consecutive seasons — after turning forty. These seasons amounted to 2,090 wickets at under 18.
In the first six of these, he topped 250 wickets every time. In the entire history of First-Class cricket, only 12 times has a bowler done this: Freeman accounted for half the tally. He is also the only bowler to take 300 wickets in a season (304 in 1928), and also holds the second place (298 in 1933).
Between 1930 and 1933 he took 951 wickets in the Championship: that amounted to over 55% of the wickets taken by Kent. He also had 200 wickets against nine different counties in his career.
Freeman’s 3,376 wickets are next to only Wilfred Rhodes’ 4,204. What was more, 48.3% of his wickets came without the assistance of a fielder.
He is the only bowler to have taken 10 wickets in an innings thrice and 17 wickets in a match twice. He had taken 386 five-wicket hauls (Rhodes is second, with 287) and 140 ten-fors (at second place is Charlie Parker, with 91).
Freeman had started serious cricket late, and The Great War took away his late twenties. One can only imagine what he could have achieved had he had those five extra years.
Doug Wright called him “one of the finest leg-break bowlers I ever saw”. Walter Robins admitted that “we will never see his like again as a consistent wicket-taker.”
Indeed, the records boggle the mind. Even at Test cricket his 66 wickets from 12 Tests came at under 26, and at a strike rate of 56.5. Of all post-World War I spinners, Freeman’s strike rate is after only Walter Robins, Stuart MacGill and Muttiah Muralitharan. He also got 8 expensive wickets from his 2 Ashes Tests, and probably deserved a longer run.
Nicknamed ‘Tich’ because of his 5’2” structure, Freeman imparted serious turn using those stubby fingers. He had a small palm and short fingers, which meant that he had to make adjustments to his grip: instead of the customary forefinger-ring-finger-palm grip he had to use a thumb-forefinger-middle-finger one.
His control was phenomenal. He did not turn the ball much; instead, he made sure the batsman had to play everything. His shock-ball was the vicious top-spin that usually bowled batsmen or trapped them leg-before (remember the high percentage of dismissals without a fielder?).
He was no great batsman (he averaged under 10 in First-Class cricket), but did surprise everyone on Test debut: he scored an unbeaten 50, adding 128 for the ninth wicket with Kent teammate Frank Woolley.
After his retirement at 48 he played for Walsall in the Birmingham and District League. He was made an honorary MCC Life Member in 1949. He ran Hubble and Freeman, a Gillingham retail sports chain with Jack Hubble, the man who had kept wickets to him for Kent.
He spent his last years in a retirement cottage he named Dunbowling. Despite his greatness and soft-spoken nature, Freeman did not have the most peaceful married life. His wife was not very accommodating.
He passed away in 1965.
Abhishek Mukherjee