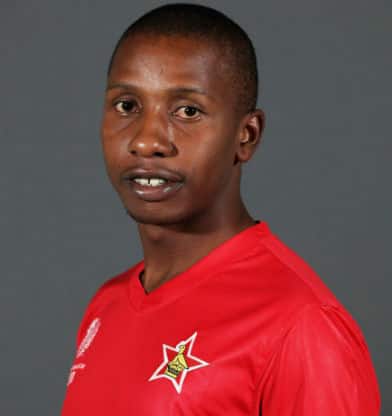 A right-arm medium-paced bowler from Marondera with a perpetually smiling face, Tinashe Panyangara first came into prominence during Zimbabwe's remarkable win against Australia in Under-19 World Cup 2004. Panyangara bowled unchanged, took six for 31, and helped bowl Australia Under-19 for 73.

With the big guns opting out of the main side, Panyangara made his international debut for the Zimbabwe senior side in an ODI in 2004 during Sri Lanka’s tour of Zimbabwe. He also made his Test debut against Sri Lanka on that same tour.

Despite his control over line and length, Panyangara does not hesitate to attack, which makes him a very good option at Test level and has earned him a sub-30 average. His finest moment came when he almost pulled off a shock victory against Bangladesh in 2014 with five for 59 and two for 30. Also a quality fielder, Panyangara is a lower-order stonewaller, though he opens batting for his club.