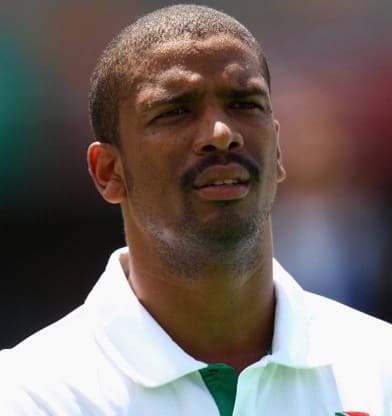 While Dale Steyn is easily the finest fast bowler the world has produced, he has certainly not been short of partners. He had Morne Morkel, whose place was usurped by a gum-chewing, unperturbed youngster lost in the wilderness after a handful of ODIs in 2013.

Graeme Smith liked what he had seen, and gave Vernon Philander the new ball ahead of Morne on the former’s Test debut. Philander returned figures of three for 63, but the real performance came in the second innings: he finished with five for 15 as Australia were bowled out for 47 (at one stage they were 21 for nine with Philander on five for nine).’

He has never looked back since as wickets have kept tumbling in front of him. He had four five-wicket hauls in his first three Tests, and two more in his next four, and reached the 50-wicket mark in only seven Tests — the second-fastest in history.

His exceptional average and strike rate are mostly a product of his ability to attack the stumps, move the ball either way, and persist for long spells that can last for a session or more. He has never been express, but it has not mattered.

No mug with the bat, Philander’s presence in the lower-middle order provides South Africa with the solidity they need. He can be both gutsy and aggressive, and is, contrary to what it meets the eye, quite a stubborn obstacle to go past easily.

If Philander manages to continue with his form, he may join Steyn as one of the all-time South African greats.