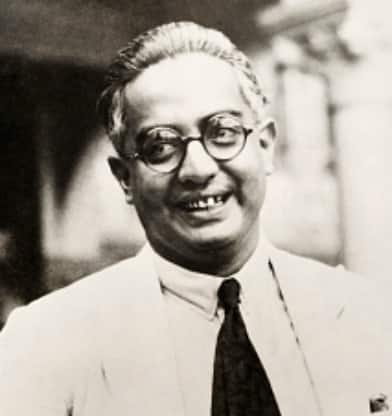 To put things simply, Vizzy, or Lieutenant Colonel Sir Vijayananda Gajapathi Raju, the Maharajkumar of Vizianagram, could not bat, bowl, field, or lead. To add to the list, in his relentless hunger for power, he set Indian cricket back more than anyone in history.

Vizzy was incompetent even at First-Class level, managing a mere 1,228 runs at 18.60. Worse, he ‘achieved’ this despite the practice of ushering generous gifts to opposition fast bowlers. He led all 3 Tests he played — in the ill-fated 1936 tour of England — and scored a mere 33 at 8.25, batting at No. 9 in five of the six innings he played in.

The 1936 tour was marred by his open dissent towards CK Nayudu and Wazir Ali, easily the rightful candidates for the job. Vizzy was so incensed by CK’s popularity that he offered a Test spot for anyone who managed to abuse the great man: Baqa Jilani obliged, and got his only Test cap. He also promised Mushtaq Ali a gold watch if he ran Vijay Merchant out, to which Mushtaq declined.

The tour also witnessed the unceremonious send-off of Lala Amarnath, and several more incidents of fission in the side. Amidst all this, Vizzy became the first (and till date, only) Indian cricketer to be knighted.

The early 1930s saw a keenly contested struggle between Vizzy and the Maharaja of Patiala for the top role in Indian cricket. Both came in with fat purses (Vizzy even employed the services of Jack Hobbs and Herbert Sutcliffe to play for his side). They both owned teams that participated in the Moin-ud-Dowlah Cup (here Vizzy employed Learie Constantine).

Vizzy used his Machiavellian ploys to find his way around Nayudu, The Yuvraj of Patiala, and The Nawab of Pataudi Sr to lead the side to England in 1936. There was neither a vice-captain nor a selection committee, but Vizzy took along two servants and 36 items of luggage. The rest is history.

Vizzy was later BCCI President from 1954 to 1957, but before that, as Vice-President, he backed Lala Amarnath’s reappointment as captain. He also established Kanpur as a Test centre, promoted Uttar Pradesh cricket (he was born in Banaras) and asked, of all people, Nayudu to lead the side when the Colonel was 61.

He also served as an infamously boring radio commentator, though was invited by BBC for India’s 1959 tour of England.