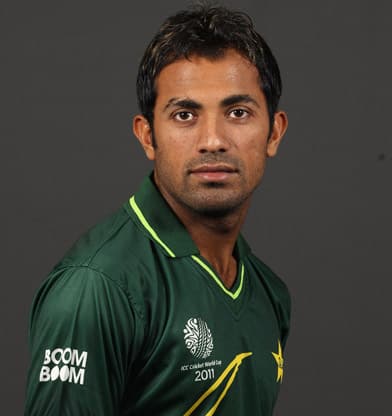 Wahab Riaz, the left-arm fast-medium bowler from Pakistan took his game to lofty heights in the very first Test he played against England at the Oval in 2010. By hitting the bat hard and with a good burst of pace, he had ripped through England’s batting line-up by taking a five-wicket haul.

Riaz is known more for his ability to bowl well in the abridged versions of the game, especially during the end overs of an innings. His best performance in the ODI format came during the crucial World Cup game played against India at Mohali in 2011. He took a five-wicket haul, only for Pakistan to lose the encounter.

However, he hasn’t been a regular member of Pakistan’s setup in recent times. On occasions, he has been let down by his tendency to lose control over his bowling. Riaz is at his best when he generates reverse swing with the old ball and gets it to tail into the right-handed batsman.

Wahab Riaz plays for National Bank of Pakistan in First-Class cricket. He has also played for Kent.