Melbourne: Australia’s top tennis player Bernard Tomic has sensationally lashed out at ill teammate Nick Kyrgios, following the country’s 1-3 loss to the United States in the Davis Cup tie over the weekend. Tomic, who lost his rubber to John Isner on Thursday, was overheard by television cameras during the match saying that Kyrgios’ illness — which forced him to pull out of the tie — was “bulls***”, but the world No.20 didn’t back down when questioned about the outburst after the match, reports Xinhua. He said he would “lose a little respect” for his compatriot if Kyrgios is well enough to fly to California to compete at the Indian Wells tournament that starts on Thursday.

“Now I’ll be interested to see if he plays Indian Wells as well because a similar thing happened last year where [Kyrgios] didn’t come to Czech Republic [for Davis Cup tie], and somehow played Indian Wells and felt good,” Tomic said on Sunday. “Now it’s going to be really funny, the next few days, to see if he plays or not — which I think he will. That’s going to tell me a lot. “I’ve spoken to him already. If plays Indian Wells, he’s definitely lost a little of my respect.”

When pushed about what Kyrgios specifically told him in their phone conversation following the match, Tomic said his teammate was indeed going to fly to California. Tomic added that it wasn’t good enough, and told the press he battled through his niggling wrist injury to “represent his country”. “I’ll be honest with you now, he told me he was going to be playing Indian Wells,” Tomic said.

“Look, we all know I came here, I had problems with my wrist. In a situation where if it wasn’t Davis Cup, I would have pulled out and not played today because of the pain I was playing in. (But playing for my country), I pushed through. I played.

“We finished the [conversation with Kyrgios] on good terms, but it was weird. One of the questions I asked him was ‘Are you playing Indian Wells?’ and he was like ‘I’m still sick but I should be better tomorrow’. It was just weird for me. It’s just disappointing not to have him here. He is an amazing player and it would have been important to have him here.”

Meanwhile Australia’s Davis Cup captain Lleyton Hewitt was not getting dragged into the feud, and told the press that Australia’s medical team recommended that Kyrgios sit out the tie. “There’s no doubt he was sick. Absolutely no doubt,” Hewitt said on Sunday. “We did a fitness test with him on Thursday morning before we had to make any decision about changing names before the draw and he was ruled out by the medical staff.” 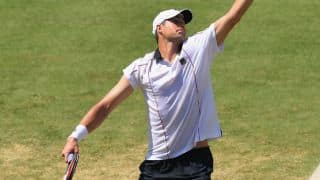 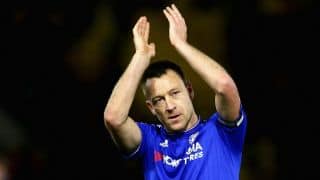