Australia's tennis team will need to win both of its final two Davis Cup rubbers against the United States in order to clinch the tie.

Melbourne: Australia’s tennis team will need to win both of its final two Davis Cup rubbers against the United States in order to clinch the tie, after a gamble to play team captain Lleyton Hewitt in the doubles rubber failed — but only just – on Saturday. Hewitt, paired with Davis Cup debutant John Peers, pushed 16-time doubles Grand Slam winners Mike and Bob Bryan to the brink, and even looked odds-on to steal the match after they came back from two sets down to level the rubber at two sets a-piece at the Kooyong Lawn Tennis Club, reports Xinhua.

With the crowd behind them, the underdog Aussies were able to storm back into the match but, after drawing level with the Bryans at two sets, the class of the 37-year-old Americans — arguably the best doubles pairing in tennis’ history — shone through; eventually they won in five sets: 6-3, 6-3, 4-6, 4-6, 6-3. Hewitt called himself up into the doubles rubber after Sam Groth battled heat and John Isner on day one of the tie. Groth was previously scheduled to play doubles with Peers, but a late withdrawal from an ill Nick Kyrgios pre-tie forced Australia to move Groth into the singles rubbers, paving the way for Hewitt to step in for the doubles.

After taking the first two sets with relative ease, the Bryan brothers looked likely to wrap up the match in three — but a dogged fightback from Hewitt, 35, and Peers, 27, resulted in a much-needed break to the Australians late in the third set. That sniff was just what the doctor ordered; the Australians piled on the pressure with staunch support from both the crowd and their parochial support team on the bench. They took the third set not long after, and then broke early in the fourth, signaling that a comeback was well and truly on.

The Aussies had a chance to go up a double break in the fourth, but typical resistance from the Bryan brothers meant the Australians could not capitalise on four break points. However, with one break already in the bag, it was all the Aussies needed on their way to tying the rubber at two sets all. From there, the Bryans once again took control, winning the opening eight points of the decider and going up 2-0 in a matter of minutes.

Team US then propelled ahead to serve for the match at 5-2, and despite saving three match points, the Australians were unable to hold up the charge, the Bryans winning in two hours and 29 minutes. Hewitt said despite being rank underdogs going into the match, both he and Peers put up a good fight. “We didn’t doubt ourselves at any stage of the match and hung right in there,” Hewitt said. “Now we need Tomic to win [tomorrow]. It’s pretty simple — that’s our main focus.”

The win secures a crucial 2-1 lead for the US going into the final day of the tie on Sunday, with Australian Bernard Tomic now facing a must-win match if Australia is to have a chance at stealing the series. Tomic will face world No.11 John Isner first on court at Kooyong, with the possible dead rubber between Sam Groth and Jack Sock to follow. 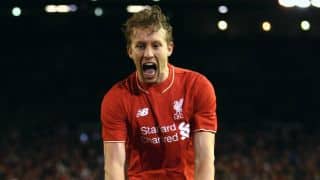 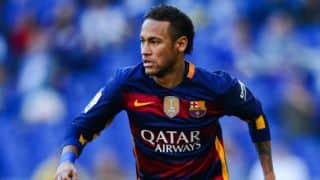