Thomas Berdych and Radek Stepanek sealed the deal in in 2 hours and 43 minutes after three straight sets.

Berlin: Thomas Berdych and Radek Stepanek have secured a 2-1 lead after overcoming Germany’s Philipp Kohlschreiber and Philipp Petzschner in three sets in Hannover on Saturday. The Czech duo sealed the deal in in 2 hours and 43 minutes after three straight sets, 7-6 (9-7), 7-5, 6-4, and will take the advantage into Sunday’ s last two single matches of the Davis Cup’s first round. The German hosts will have to win the two upcoming games to avoid their first round elimination on home soil. Kohlschreiber and Petzschner had the chance to wrap the tiebreak at 5-3 but the Czechs fought back to seal the first set 7-6 (9-7), reports Xinhua.

Both teams were able to bring their serve through with the scores at 5-5. However, Petzschner gave away his service allowing the Czech’ s to seal the second set 7-5. Philipp Petzschner lost his service again in the early stages of the third set (2-1), giving Berdrych and Stepanek the chance to put the result 6-4 beyond doubt. “The Czechs were the better team in the decisive periods of the match,” Germany’ s Kohlschreiber said. Kohlschreiber faces Berdych for the top clash before Alexander Zverev encounters Lukas Rosol to complete the first round in the Davis Cup. 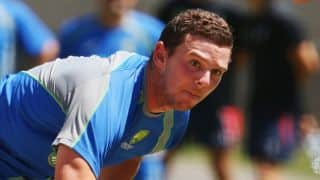 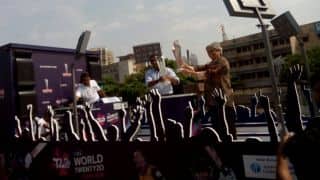