Albert Ramos became the first to qualify for the quarter-finals of this year's French Open men's singles after eliminating Canadian Milos Raonic.

Paris: Spaniard Albert Ramos became the first to qualify for the quarter-finals of this year’s French Open men’s singles after eliminating Canadian Milos Raonic in their fourth round match on Sunday. Ramos, ranked 55th, managed to defeat World No.9 Raonic 6-2, 6-4, 6-4 in two hours and 20 minutes. After the match, 28-year-old Ramos said he cannot even explain how happy he is, and reminded that in past years he could not surpass the first round. Ramos is set to play the quarter-finals against defending champion Swiss Stanislas Wawrinka. This is the second occasion on which Ramos has defeated one of the top 10 professionals – he defeated Swiss maestro Roger Federer in the Shanghai Open in 2015. 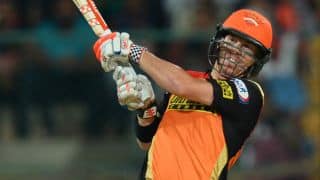 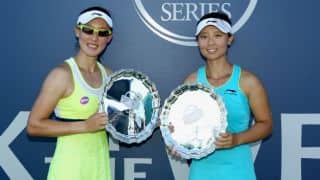 Zheng Saisai-Xu Yifan hope of making it to Olympics 2016