Swiss tennis maestro Roger Federer has defended his decision to withdraw from the recently-concluded French Open due to a back injury.

Johannesburg: Swiss tennis maestro Roger Federer has defended his decision to withdraw from the recently-concluded French Open due to a back injury, saying that it had nothing to do with the rain-hit weather in Paris. Federer withdrew from the French Open after failing to recover from the injury, thus bringing an end to his run of 65 consecutive Grand Slams. The 17-time Grand Slam champion said he was surprised to hear that he pulled out of the Paris because of the weather, adding that he had made the decision keeping in mind his health and rest of the season, Sport24 reported.

Federer, who has recovered from the injury, will play in this week’s Stuttgart grass for the first time as a part of his preparations for the upcoming third major of the season namely, Wimbledon. Insisting that he is up for the upcoming grass-court season, the world number three said that he is hoping to perform well at this week’s challenge in Stuttgart. Federer, who had missed nearly three months of the season due to a knee injury, missed his last Grand Slam event in 1999 at the US Open. 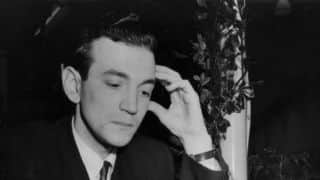