India's tennis star Rohan Bopanna and his men's doubles partner Florin Mergea stormed into the quarter-finals of the French Open 2016.

Paris: India’s tennis star Rohan Bopanna and his men’s doubles partner Florin Mergea stormed into the quarter-finals of the French Open tennis tournament on Sunday. The sixth-seeded Indo-Romanian pair outclassed the United States’s Brian Baker and New Zealand’s Marcus Daniell 6-2, 6-7 (4), 6-1 in one hour and 48 minutes in the third round to enter the last eight stage. Bopanna and Mergea got their match off to a positive start, taking an important 4-2 lead over their opponent and from there on the duo broke Baker-Daniell’s serve twice to win the first set comfortably by a healthy 6-2 margin.

In the second set both the sides displayed their best on the court, winning each game to make it 6-6 and take the set to a tie-breaker. Baker-Daniell were the dominant side in the tie-breaker as the duo played sensibly to edge past Bopanna-Mergea 7-4 to win the second set and level things up 1-1. In third and final set, the sixth-seeded pair broke their opponents twice to take a handy 5-1 lead and from there on served brilliantly to win the last game and the set 6-1. 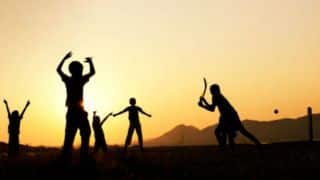