Melbourne: Unseeded Johanna Konta became the first British woman to reach the Australian Open tennis semi-finals since 1977 when she outlasted relentless qualifier, Zhang Shuai, 6-4, 6-1 here. “I was really just taking it one match at a time while I was here and, even more simply, a point at a time,” she said after winning on Wednesday. Not since Sue Barker made the final four nearly 40 years ago had a Briton gone this far in Melbourne, and Konta had to face a battle-tested opponent across the net. Zhang began her tournament with three wins in qualifying and a massive win over No.2 seed Simona Halep.

“She definitely didn’t make it easy for me today; every time I got a little bit ahead, she was constantly there.” But Konta’s run had been equally impressive Down Under, defeating No.8 seed Venus Williams in the first round and surviving a thrilling three-setter with 2015 semifinalist Ekaterina Makarova in the round of 16. Showing few signs of fatigue, Konta raced out to a 5-2 lead but needed six set points to put away Zhang, who nearly brought the match back on level terms in the tenth game. “I really enjoyed playing in front of you guys,” she said at the Rod Laver Arena.

“This is why we play, to get the chance to play in front of such a wonderful crowd. I just wanted to make sure I came out and played the best level I could and, hopefully, gave everyone some good entertainment!” With the first set in hand, the Briton never looked back, hitting 28 winners and drawing 20 unforced errors out the Chinesewoman to reach her first Grand Slam semi-final in 83 minutes. “Unfortunately, I won it on a let cord; I’m not that proud of that. But I’m happy with how I was able to fight every single point.” 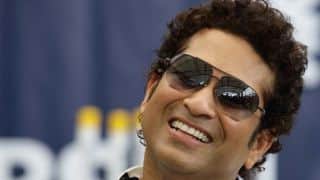