Maria Sharapova after announcing that she failed a dope test at the Australian Open and was provisionally suspended -- lost two of her plum sponsors while a third suspended promotions with her.

New York: Maria Sharapova on Tuesday sent the tennis fraternity into a spin by announcing that she failed a dope test at the Australian Open and was provisionally suspended — she thereafter lost two of her plum sponsors while a third suspended promotions with her. The 28-year-old revealed on Tuesday that she failed a drug test at the Open. The Russian star explained that the drug, Meldonium, which had been prescribed for a pre-existing condition for up to a decade, was added to a banned substance list only on this January 1, and she had “not known”.

The World Anti-Doping Agency (WADA) banned the drug effective January 1. Sharapova, the World No.7, said she didn’t notice that the drug was banned by the WADA. “For 10 years this medicine was not on the banned list, and I had been legally taking it,” Sharapova said in Los Angeles. The International Tennis Federation (ITF) said on Tuesday she would be provisionally banned from March 12. The usual ban for first-time offenders is two years.

The failed drug test came on January 26 — after Sharapova lost to Serena Williams in the quarter-finals — and she was charged with an anti-doping violation on March 2, the governing body added. Sportswear giants Nike terminated its long-running sponsorship of Sharapova, and said it was “saddened and surprised” by the news. It had an eight-year $70 million with Sharapova. The association began when Sharapova was 11 years old.

“We are saddened and surprised by the news about Maria Sharapova,” Kejuan Wilkins, a spokesman for Nike, said. “We have decided to suspend our relationship with Maria while the investigation continues. We will continue to monitor the situation.” Swiss watchmaker Tag Heuer joined Nike in cutting its 12-year ties with Sharapova, while car manufacturers Porsche also suspended promotions with her on Tuesday. She is the world’s highest-paid female athlete for the 11th year running.

Tennis Australia on Tuesday expressed “surprise” that 2008 Australian Open champion and five-time Grand Slam winner Maria Sharapova failed a drug test during the 2016 Australian Open. Australia’s highest tennis body acknowledged the drug test was failed at its tournament, and said Sharapova was “ready” to face any consequences for her actions.

“We are surprised by today’s news that Maria Sharapova tested positive to a banned substance during the Australian Open,” a statement read.
“Throughout her career Maria has always impressed with her professionalism as a leader and role model in our sport. In her press conference Maria said she is prepared to face the consequences of what she describes as a ‘huge mistake’.”

Tennis commentator Renae Stubbs tweeted that she was “shocked” by the news, while current Australian men’s player Matthew Ebden was sceptical of Sharapova’s reasoning. “Doesn’t look that innocent for Sharapova or whoever else took it, this Meldonium stuff but who knows?” he told social media website Twitter. Former Grand Slam champion Jennifer Capriati took a similar stance. In a series of tweets that didn’t mention Sharapova by name, Capriati said she was “disappointed.”

The failed drug test could cause the five-time Grand Slam winner a spot at the Rio 2016 Olympics and the $298,000 she won in January at the Australian Open. However, not all is willing to vilify Sharapova with the Russian Tennis Federation president Shamil Tarpishchev calling the drug test scandal “nonsense” and said he thinks she will still play at this year’s Olympics.

Jo Durie, former No.5, said she doesn’t believe Sharapova is a drug cheat. 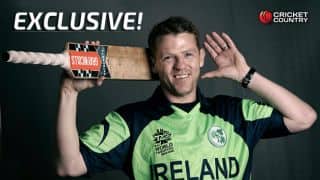