Maria Sharapova, Simona Halep pull out of WTA Brisbane International 2016 due to injury

Maria Sharapova, Simona Halep pull out of WTA Brisbane International 2016 due to injury

Maria Sharapova and Simona Halep pulled out of the Brisbane International due to injury on Tuesday.

Brisbane: Women tennis stars Maria Sharapova and Simona Halep pulled out of the Brisbane International due to injury on Tuesday, 13 days before the start of the Australian Open. While defending champion Sharapova of Russia took a precautionary measure to give proper rest to her troubling arm, top seed Halep from Romania was laid low by a left leg injury. “I hurt my forearm in practice a couple of days ago and need to precautionarily withdraw, with the Australian Open starting in just a matter of time,” 28-year-old Sharapova told wtatennis.com.

“This is such a special event for me, especially being the defending champion. I look forward to seeing all my fans in Brisbane next year,” the World No.4 added. Shortly after the third-seeded Sharapova withdrew, World No.2 Halep, was also forced to pull out, due to a left leg injury. She was going to play her opening match on Wednesday. “I had problems with my Achilles in August and September, and then I didn’t feel it anymore, but now I’ve already had a couple of weeks again with the pain,” Halep told reporters.

“I thought I would be ready to play here, to start the year here in Brisbane, but I don’t think that I can play a full match. I think it’s more important to be ready and take a little bit of a break.” Halep is scheduled to play the Apia International Sydney next week and she’s hopeful she will. “Yeah, I’m planning to go to Sydney. Actually tomorrow I’m going there,” the 24-year-old said. “It’s nothing dangerous – I did an MRI and it’s nothing dangerous. But it’s still an inflammation. I just have to take a few days’ rest.” Sharapova and Halep were replaced by Margarita Gasparyan and Ysaline Bonaventure. The duo’s absence makes 2015 Wimbledon finalist Garbine Muguruza of Spain a strong favourite to win here. 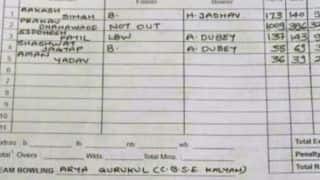