Maria Sharapova's attorney John Haggerty hit out at World Anti-Doping Agency (WADA) head Craig Reedie for comments he made about her earnings.

New York: Maria Sharapova’s attorney John Haggerty hit out at World Anti-Doping Agency (WADA) head Craig Reedie for comments he made about the Russian tennis star’s earnings. Speaking at a WADA symposium in London yesterday, Reedie complained that his organisation’s yearly budget of USD 30 million (26.5 million euros) was potentially less than Sharapova’s annual earnings. But that brought a furious rebuke from Haggerty. “The statement made today by the WADA president is unprofessional,” said the attorney in a statement. “Justice, whether in the eyes of WADA or a court, must be blind, including being blind to a player’s earnings.

“Mr. Reedie owes an apology to Maria and to all successful tennis players unless he wants fans to think WADA has different standards for players depending on their ranking and earnings.” Sharapova was banned for two years by the International Tennis Federation earlier this month after admitting in March she had taken the banned medication meldonium. The 29-year-old has vowed to contest her ban at the Court of Arbitration for Sport. Reedie said that WADA was punching above its weight due to its limited budget but suggested that it was a satisfaction to have caught Sharapova despite her potential to earn more than that in a year. 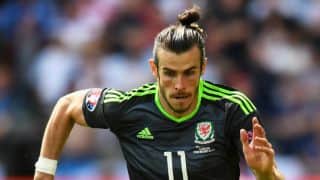