The hearing of Russian tennis star Maria Sharapova’s doping case will not take place before June, Russian Tennis Federation president Shamil Tarpishchev has said. Sharapova is currently suspended from competitions for using banned drug Meldonium reports TASS. “Sharapova’s situation is complicated. The thing is that she admitted that she had taken Meldonium. The case will not be considered so long as the two laboratories do not study the preparation. I believe that’s not going to happen earlier than June,” Tarpishchev said on Monday. The Meldonium concentration in the blood sample of Sharapova exceeds the permissible level, Russian sports minister Vitaly Mutko said on April 27.

“Masha’s case is more complicated. The (Meldonium) concentration in her blood is above the norm. Masha took the formula for several years on her doctor’s prescription. I am not going to announce if she will be able to avoid punishment or not. We just want her to restore her position in sport,” Mutko stressed.

Early in March, Sharapova announced that her 2016 Australian Open blood sample contained Meldonium, which the World Anti-Doping Agency (WADA) had blacklisted as a prohibited formula as of January 1, 2016. The formula refers to S4 class in the WADA list (hormones and metabolism modulators).

Athletes use Meldonium to strengthen endurance to physical strains during training sessions as well as for easing emotional, nervous and psychological stresses at competitions.

Sharapova was temporarily suspended from tennis competitions as of March 12. She received a letter of notification about a positive doping test on March 2.

A tennis player, the International Tennis Federation (ITF) and WADA have the right to appeal the decision in the course of 21 days since the moment the notification is received. 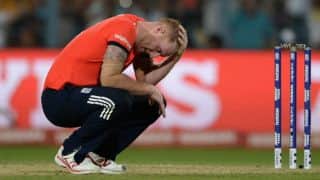