Zhengzhyou (China): Chinese star Peng Shuai will open against compatriot Zhao Di in an International Tennis Federation (ITF) women’s tournament on Wednesday. The two-time Grand Slam doubles champion and 2014 US Open singles semi-finalist said on Monday that she is trying to regain form for the coming Olympics after a serious back injury forced her out of the 2015 French Open and sidelined her for the rest of the year, reports Xinhua. “There is not much time left until the Rio Olympics,” said Peng. “I am tuning up for probably my last Olympics.”

“I am not good enough yet to return to WTA action,” added the former world No.1 doubles player who once ranked 14th in singles. The 30-year-old Peng, who had a series of back surgeries in 2015, saw her ranking fall to 281 in singles and 287 in doubles. Peng returned to WTA games in March this year, losing both her Miami Masters singles and doubles in the second round. In April, Peng lost in the Volvo Cars Open singles first round.

Then Peng turned to ITF events. She reached the final of an ITF event in Kunming, China, early this month, only to withdraw from the middle of action citing discomfort in the back.  “Since I am still recovering, I will have to play safe in order to avoid injuries before the Olympics,” said Peng. “It’s a huge honour to represent China in the Rio Games, which might be my last Olympics. In my heart, this is the most important. I will try very hard to regain my form.” Peng is now the symbol of Chinese women’s tennis since fellow “Golden Flower” Li Na retired with two Grand Slam titles. 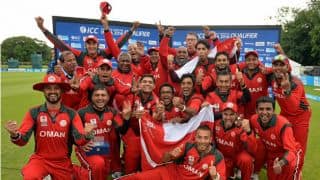