Andy Murray has set his sights on the perfect warm-up for Wimbledon as the world number two eyes a record fifth title at Queen's Club.

London: Andy Murray has set his sights on the perfect warm-up for Wimbledon as the world number two eyes a record fifth title at Queen’s Club. Murray won his fourth Queen’s crown in 2015 to equal the record set by John McEnroe, Andy Roddick, Lleyton Hewitt, Boris Becker and Roy Emerson. After losing in his first French Open final appearance against Novak Djokovic earlier this month, Murray is back on the practice courts in west London ahead of Monday’s start at Queen’s and will face French world number 49 Nicolas Mahut in the first round.

Murray’s grass court pedigree is among the best in the world after he memorably ended Britain’s 77-year wait for a male singles champion at Wimbledon in 2013. The 29-year-old Scot had lifted the Queen’s trophy just a few weeks prior to that epic success and hopes a similar feat is on the cards this year as he looks to add to his two Grand Slam titles.

“If I could win it for a fifth time it would be amazing,” said Murray, who made his Queen’s debut as a scruffy teenager back in 2005. “The names that have won four times, they are all great tennis players.” In the quarter-finals, Murray is scheduled to face French eighth seed Gilles Simon, while France’s Richard Gasquet is seeded to meet him in the last four. Second seed Stan Wawrinka could be lying in wait if Murray reaches his fifth Queen’s final.

Wawrinka this week added 1996 Wimbledon champion Richard Krajicek to his coaching team in a bid to improve his relatively underwhelming results on grass. The Swiss world number five has never been beyond the Wimbledon quarter-finals in 11 attempts despite winning the Australian Open and French Open and he told coach Magnus Norman he was keen to bring a grass-court specialist like Krajicek on board for a few weeks.

“When I was younger it was very difficult for me on grass. In the last few years I started to play better, but for sure there is a lot of space for improvement,” said Wawrinka, whose reign as French Open champion was ended by Murray in the semi-finals. “We wanted to add someone because I’m always looking to improve and try new things. Richard won Wimbledon, he had a really nice aggressive game and an amazing volley, so he can help my attacking game. A few things can make a difference, how you feel when you come to the net, the serve. All the little details. We’ve only been working together for two days, so we will see in a few weeks if it works.”

Wawrinka opens his Queen’s campaign against experienced Spaniard Fernando Verdasco, with a potential quarter-final against towering American John Isner or former US Open champion Juan Martin del Potro – who meet in an eye-catching first round tie, and a possible last four clash with Canada’s Milos Raonic. Like Wawrinka, Raonic secured the services of a former Wimbledon winner recently when he persuaded American legend McEnroe to join his coaching staff.

McEnroe, a seven-time Grand Slam champion, has been putting Raonic through his paces on the practice courts at Queen’s as he looks to help the world number nine reach a first Grand Slam final after semi-final losses at the Australian Open in January and Wimbledon in 2014. To enjoy a strong Wimbledon build-up, Raonic will have to survive the most intriguing first round tie against controversial Australian Nick Kyrgios. 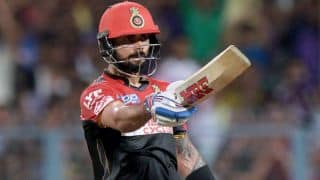 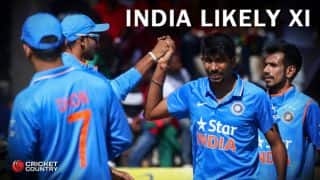