Rafael Nadal and David Ferrer will debut the new season in the Abu Dhabi exhibition tournament on Thursday.

Madrid: Spanish tennis players Rafael Nadal and David Ferrer will debut the new season in the Abu Dhabi exhibition tournament on Thursday. The tournament, also called the 2015 Mubadala World Tennis Championship, will include some of the world’s most prominent players, such as Swiss Stanislas Wawrinka, French Jo-Wilfried Tsonga, Canadian Milos Raonic and South Africa’s Kevin Anderson, reports Efe. However, Briton Andy Murray and Serbia’s Novak Djokovic will not be playing in the championship despite being the finalists at 2015’s edition.

Nadal, holder of 14 Grand Slam titles, and Wawrinka, defending champion of French Open, are the favourites to win the Emirati title this year, and will start their quest from the semi-finals. The first round will include a match between Tsonga and Ferrer, followed by another match between Raonic and Anderson. Nadal will play the semi-finals against the winner of the first match, while Wawrinka will play against the winner of the second match of the first round. The 2015 Mubadala World Tennis Championship will begin on December 31 and end on January 2 at the Abu Dhabi International Tennis Complex, with a total prize money of $250,000. 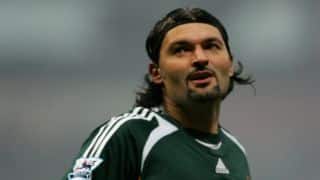