A video of the inspection of the pitch on Day Three of the third Ashes 2013-14 Test match.

A video of the inspection of the pitch on Day Three of the third Ashes 2013-14 Test match at the Western Australia Cricket Association (WACA) Ground in Perth.

England were battered and all but beaten with Australia on the verge of regaining the Ashes at stumps on the third day of the third Test in Perth on Sunday.

AFP reported that Australia led by 134 runs on the first innings after the England tail folded meekly again before lunch and the home side were dismissed for 251.

The Australians were 235 for three in their second innings at the end of play for an overall lead of 369, with Shane Watson on 29, and Steve Smith on five and two days left to play.

Opener David Warner (112) capitalised on the shoddy wicketkeeping of Matt Prior, who missed two stumping opportunities from the left-hander, to post his second century of the series and take his tally for the series to 457 runs at 91.40. 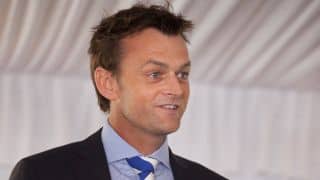 India vs South Africa 2013: Test series could be Duncan Fletcher's trial by fire