Australian wicketkeeper Matthew Wade said that the Australians were up for the challenge ahead of their second group match of the ICC Champions Trophy 2013 against New Zealand.

Wade says the team knows that they have to win the two remianing matches to stay alive and that the Australian side are ready for the challenge.

Wade went on to say that he was sick of losing to arch nemesis England and hopes to turn the fortunes around when they meet New Zealand in the next match.

Talking about the reaction from the Australian media who said Australia were toothless, Wade feels that they have always gone out to the field to win and give their heart. 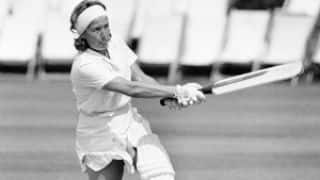