Indian skipper MS Dhoni speaks to media about the preparations of the team for the third Test.

The third Test starts at Perth on Friday morning.

India goes into the third Test 2-0 down to Australia.

“A lot depends on how it looks before the start of the game,” Dhoni said of the pitch, hinting that spinner Ravi Ashwin could miss the match.

Dhoni said this series had a completely different feel to the ill-fated tour of England, admitting his team failed to apply themselves against the English.

Dhoni said India were determined to go down fighting against Australia.

While Clarke hinted that paceman Ryan Harris was certain to return, to replace the injured James Pattinson, leaving spinner Nathan Lyon and young left-arm quick Mitchell Starc vying for the final spot in the team. 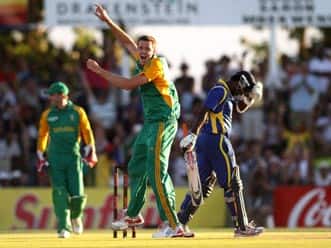