A video of lunch highlights the second day of the second cricket Test at the Sydney Cricket Ground (SCG) on Wednesday. Australia were 236 for three in the first innings at lunch, in reply to India's 191 all out.

Clarke was unbeaten on 103, his fourth century as a captain, and his predecessor Ponting was just three short of what could end a two-year drought since his last Test century.

Clarke produced one of the best knocks of his career but that was overshadowed by Ponting's career-defining innings, which could help him retain his position in the Australian team until at least the end of the summer.

Clarke achieved the century in the last over of the morning session while Ponting have to wait before getting his much deserved century.

The duo joined forces at 37 for three during opening day's last seesion and with their 199-run unfinished stand for the fourth wicket took Australia to a position of strength to take a 2-0 lead in the four-Test series.

India failed to threaten the Australian batsmen and Clarke brought up his 50 on the first ball he faced this morning, clipping Zaheer Khan off his pads to square leg to bring up his first half century of the series. 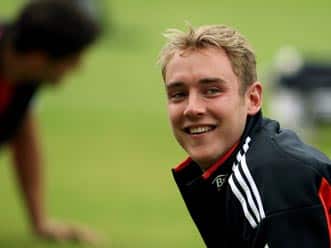