Australia were 116 for three at stumps on the openind day of the second Test match against India at Sydney Cricket Ground.

Zaheer led India’s fightback with quick dismissals of David Warner, Shaun Marsh and Ed Cowan in the final session’s play after India were shot out for 191 in their first innings.

After electing to bat first, Indian batsmen failed to make a mark, apart from skipper Mahendra Singh Dhoni (57 not out), and were bowled out shortly after the tea break.

James Pattinson was the star performer for the hosts, bagging four wickets for 43 runs in his spell of 14 overs. 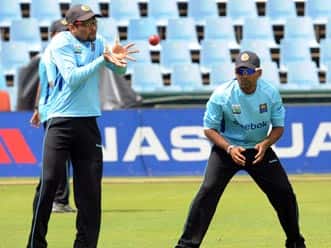