Australia have taken an unassailable 2-0 lead in the three-match series and have regained the Chappell-Hadlee Trophy.

It was the 35th over of the match and Australia skipper Steven Smith was hit on the box while batting on 56. He immediately fell flat in pain, much to the amusement of David Warner, who was batting at the other end. Smith looked to pull the ball behind square, missed that delivery from Colin de Grandhomme and hit smith, who was in discomfort. Warner jokes that he retaliated by laughing at Smith s discomfort after Smith did the same when Warner was in some pain after a similar incident in Adelaide a few days back. Australia have taken an unassailable 2-0 lead in the three-match series and have regained the Chappell-Hadlee Trophy. The third and final ODI will be played on Friday at the Melbourne Cricket Ground (MCG). 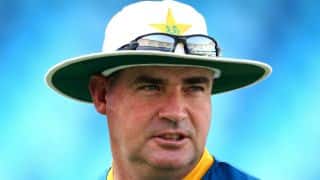 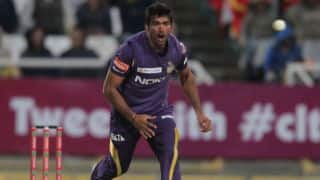