Michael Clarke and Peter Siddle chat top the press after claiming victory in the first Test against Sri Lanka at Hobart.

Australia pacers Mitchel Starc and Peter Siddle ripped through the Sri Lankan line-up during the latter's chase of 393 runs in the first Test at the Bellerive Oval and bowled them out for 255 on Day Five.

Starc (five for 63) and Siddle (four for 50) shared nine wickets between them as the former castled the Lankan lower order on the final day. Siddle got the important wickets of captain Mahela Jayawardene (19), Kumar Sangakkara (63) and Thilan Samaraweera (49), who put up a lone fight on Day Five. 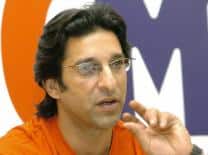