Australian skipper Michael Clarke has admitted that his side were outplayed by South Africa in the second Test at Port Elizabeth when they succumbed to the home team’s pacers and collapsed to a 231-run loss.

The win allowed South Africa to level the three-match Test series 1-1 and has given them the momentum ahead of the series decider at Cape Town.

“We were outplayed with both bat and ball,” Clarke admitted.

He said the key was the fast reverse swing bowling of all three South African pacemen but he singled out Steyn for special praise. Clarke said that Steyn was the key factor in his side’s humiliating loss against South Africa. 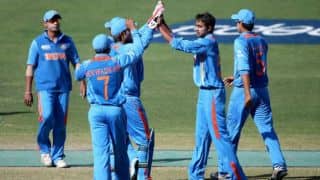