Battle of the captains: Greame Smith vs Michael Clarke

Battle of the captains: Greame Smith vs Michael Clarke
By CricketCountry Staff

This video montage is a preview to the battle of the captains that will be on display in the upcoming Test series between Australia and South Africa. Graeme Smith and Michael Clarke are undoubtedly are the most crucial components of their respective teams and each one will surely try to outdo the other in the upcoming series.

Hussey also has fond memories of Clarke dispatching the formidable Dale Steyn to the cleaners during the Rainbow Nation’s tour Down Under in 2011 and hopes that the Australian skipper does the same this time around with the South African pacers, away from home, reported the Sydney Morning Herald.

Hussey who was appointed as a batting consultant for budding cricketers at the National Cricket Center in Brisbane, believes that though Steyn is the spear-head of the Proteas bowling attack, still it may be Morkel who may prove to be the most dangerous for Clarke, thanks to his huge height and the bounce that he generates.

“They’re all different and that is the hardest thing. Probably Dale Steyn I found the hardest. He is just a brilliant bowler. Good pace, good swing, he loves the contest and he was always at you. I know Michael Clarke would probably prefer to face Dale Steyn than Morne Morkel. It’s different for different blokes. I think he prefers facing the shorter, skiddier bowlers rather than the taller ones,” said Hussey about the South African bowling attack. 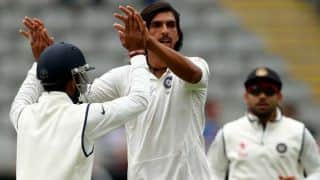 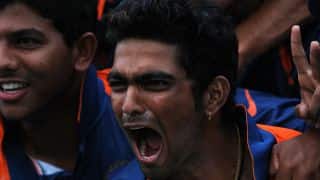