Shaun Marsh winning man of the match award for his match-winning knock of 73.

The Perth Scorchers made it back-to-back KFC T20 Big Bash League titles in a final to remember at Manuka Oval in Canberra, Shaun Marsh winning man of the match award for his match-winning knock of 73.

Earlier, Moises Henriques won the toss and elected to bat first as Sydney Sixers finished on 147 for four against the defending champions, with Henriques being the highest scorer of the innings as he scored 77.

Scorchers started their innings on a good note as they didn’t lose a single wicket in their powerplay phase with opening batsmen, Marsh and Michael Klinger, putting up a 70-run stand for the opening wicket.

The 20th over saw a good drama with a boundary off the first ball off Lee by Michael Carberry. It was followed by two consecutive wickets in the form of Nathan Coulter-Nile and Sam Whiteman for seven and a golden duck, respectively. But the last ball, saw the winning single coming off Yasir Arafat after a run-out chance was missed that could have surely seen the game going in to the super-over. 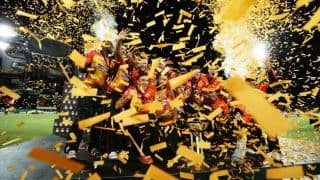 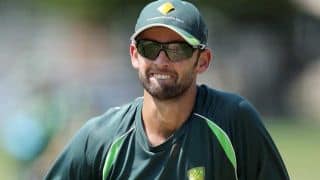