Bishan Singh Bedi critcised the player cap of Board of Control for Cricket in India stating that Mahendra Singh Dhoni’s trusted aides, namely Suresh Raina is a part of the A list of earners, pocketing 1 crore while India’s second most consistent performer, Cheteshwar Pujara is in the B List.

The legendary spinner was speaking at the launch of senior journalist Shantanu Guha Roy’s book, ‘Mahi – story of India’s most successful captain’.

Talking about Dhoni, he said,”I am not a big fan of Dhoni but I must surely say that no one has ever enjoyed so much of power and authority from the cricket body. I believe that not even the great Tiger Pataudi [Manssor Ali Khan] or Sunil Gavaskar had ever enjoyed this kind of power.” read a PTI report.

“As a leader, he’s not accessible to his teammates. This has been said by his teammate, none other than VVS Laxman,” he said in reference to Laxman, at time of his retirement, going on record to say that it was difficult to reach Dhoni some times. 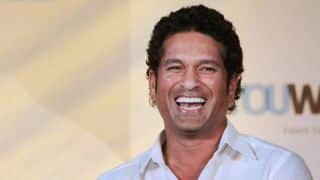