Brett Lee was one of the most, if not the sole, feared entities in international cricket during his career that spanned for more than a decade. The fastest bowler of his generation alongside generation, what added to Lee’s arsenal was his control over his line and length in addition to the sheer pace that made him so lethal. One of his most well-known dismissals, albeit slightly controversial, was that of Adam Parore during the third game of the six-match One-Day International (ODI) series between New Zealand and Australia at Dunedin on March 3, 2000. Lee bowled a vicious bouncer that clipped the Black Caps wicketkeeper batsman on his shoulder.

It then ricocheted to his helmet strap, causing it to snap and the helmet to fall over to the stumps. Parore went back to the pavilion in disbelief as he was adjudged dismissed hit-wicket. Binga, along with the rest of the Aussies, celebrated the wicket even as the crowd booed them for it. In the end, Australia dominated their way to a 50-run victory. 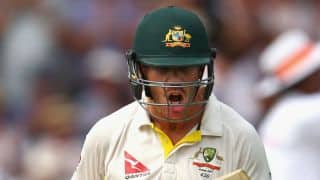