Well, not a very strong but surely a promising and interesting XI by Ansari.

England’s 24-year-old spinner Zafar Ansari, who made his Test debut in the ongoing second Test against Bangladesh at Mirpur, has come up with his all-time XI. England’s Test Captain Alastair Cook has rated this new comer pretty highly and wants him to do well. The criteria for selection of the players in the XI is either the player should have played with, against Ansari or should have influenced him. Since the beginning of the year 2016, coming up with all-time XI has become a new fashion in the cricketing circuit; thanks to Lord’s Cricket Ground, who came up with this idea.

Ansari’s XI starts with two big hitters of the cricket ball, Chris Gayle and Marcus Trescothick, followed by South African batsman Hashim Amla at number three. Ansari picked Gayle because the West Indian batsman is the biggest hitter he has ever seen and reason behind Trescothick is that the former English batsman has scored numerous hundreds against him. The latter also gets to lead his side, while Amla was the overseas player for his county team Surrey and he was influenced by him. The middle-order starts with James Hildreth, whom Ansari finds difficult to bowl to in county circuit. At number five, he has picked legendary all rounder Garry Sobers, who is his idol and Ansari always dreams of becoming like him.

The number six batsman is Steven Davies, who is also the wicketkeeper in the team and one of Ansari’s best friends. At number seven, he has picked his brother Akbar Ansari, who could not make it big in cricket but can bowl part-time leg spin. Moving to bowling department, it includes Pakistan’s greatest bowler Wasim Akram followed by all rounder Yasir Arafat. Akram was Ansari’s childhood hero and Arafat played with him for Surrey. The number 10 player is Tim Linley, who is quite underrated bowler in county circuit.

The last player in the side is quite surprising as he is Indian left-arm spinner Pragyan Ojha, with whom Ansari played in few games in county. Well, not a very strong but surely a promising and interesting XI by Ansari. 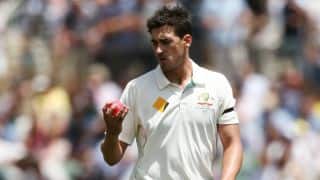 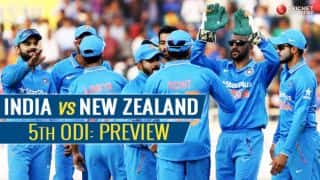