Hosts England are in a rampaging form and will hope to extend it against a Pakistan side which is in the midst of its worst losing streak in ODIs.

In the Cup opener, England sent a timely reminder as to why they are indeed the favourites to win the tournament, while Pakistan s wretched run continued, their losing streak extending to 11 matches. The pattern to the recently-concluded series in England was one that is expected to play through the World Cup too. A total of 2760 combined runs were scored by both teams. 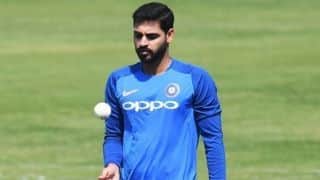