With Australia’s four-day warm-up match against Pakistan A due to start Wednesday, Michael Clarke, who missed the One-day International (ODI) series against Pakistan here, is struggling to recover from a hamstring injury. “I don’t know if ‘fine’ is right. I still think there’s a long way to go before I’m 100 percent fit for the Test match,” Clarke was quoted as saying by Cricket Australia (CA) official website.

“For me that’s about proving my fitness to Alex (Kountouris, the team physio) more than anybody else. I think Alex knows my body really well, he knows what’s required to be able to play at 100 per cent in a Test match and perform,” the 33-year-old said.

Clarke said that he has been batting during Australia’s net sessions without any problem but his prime concern is his ability to run. “I don’t think it’s the batting, I think it’s more the running, being able to run between the wickets,” Clarke said.

“My speed (is) a big part of my game, be it in the field or in my batting. “(And) I need strength so that when my body is fatigued I still have the power to get through the crease or run between the wickets or chase a ball in the field.”

Clarke recovered from the initial injury at the start of Australia’s tour to Zimbabwe before aggravating it, and the Australian skipper and the medical staff are acutely aware they cannot afford another setback.

“That’s probably why I’ve been really disciplined and patient with my training and rehab,” said Clarke. “And Alex has been really patient with regard to taking a little bit longer before throwing me back into any form of the game.”

Clarke arrived in the UAE significantly earlier than the rest of the Test squad in a new regime of preparation to minimise the risk of injury, and said it was something he would continue to do whenever possible.

“In regard to giving myself a few extra days to allow my body to acclimatise and recover after a long flight, that was really good for me,” said Clarke. “Boof (Darren Lehmann – coach) and I and the medical team will assess what we think is best for my body but also for the team as well.” 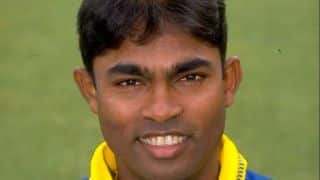