England Lions will go for win against Sri Lanka 'A', says Chris Woakes

England Lions will go for win against Sri Lanka 'A', says Chris Woakes
By CricketCountry Staff

England Lions skipper Chris Woakes speaks about his side’s chances ahead of the third Test against Sri Lanka ‘A’ and says that his side will go into the game searching for a win.

Woakes admitted that he hoped England won the series 2-0 and put on a good show against the islanders and bow out on a high.

Woakes also made light of the changes that were made in the English team and maintained that it was only for the good of the team and not much should be dwelled on it.

Woakes concluded by saying that his team will re-assess the conditions and make a plan for the home team and said that they were upbeat about closing out the series with a win in the bag. 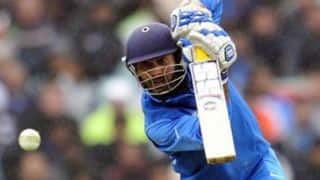