Eoin Morgan heaped praise on Ian Bell for his magnificent 141 against Australia in the fourth One-Day International (ODI) of the tri-series. The innings, however, went in vain as Australia clinched a thriller.

“Ian Bell showed his experience and class again. He looks at and ease and looks confident and that is great since that brings the best out of him,” said Morgan.

Speaking of the clash against India, scheduled for January 30th at Perth, Morgan said that “the boys will be fresh.” “We’ll take a couple of days of and hit the ground when we get to Perth”, he added.

He emphasized on the importance to enter the game rejuvenated. “It is important to get into the game mentally and physically fresh to get the best out of ourselves,” he said. 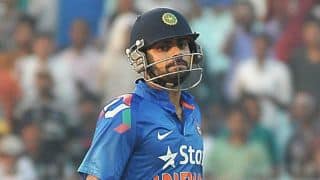