A video of Michael Hussey speaking to the media about Sachin Tendulkar’s hundredth hundred ahead of the second Test at the Sydney Cricket Ground (SCG).

Australian players are confident about stopping Indian batting legend Tendulkar from scoring his elusive hundredth hundred in the second Test at the SCG.

Hussey said in a media conference, “I am a bit nervous. With the stars aligning with Tendulkar needing one more hundred (to get to his 100th international cetury) in Sydney — he has made runs here. It is ominous,” stated Hussey.

Australia won the first Test at the Melbourne Cricket Ground by 122 runs and Michael Hussey, with 89 to him, played a critical hand. The left-hander said the Aussies are bracing up for an Indian fightback in the match. 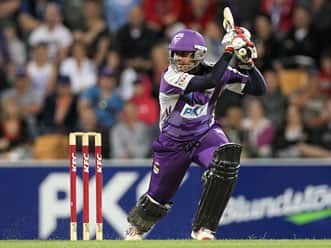